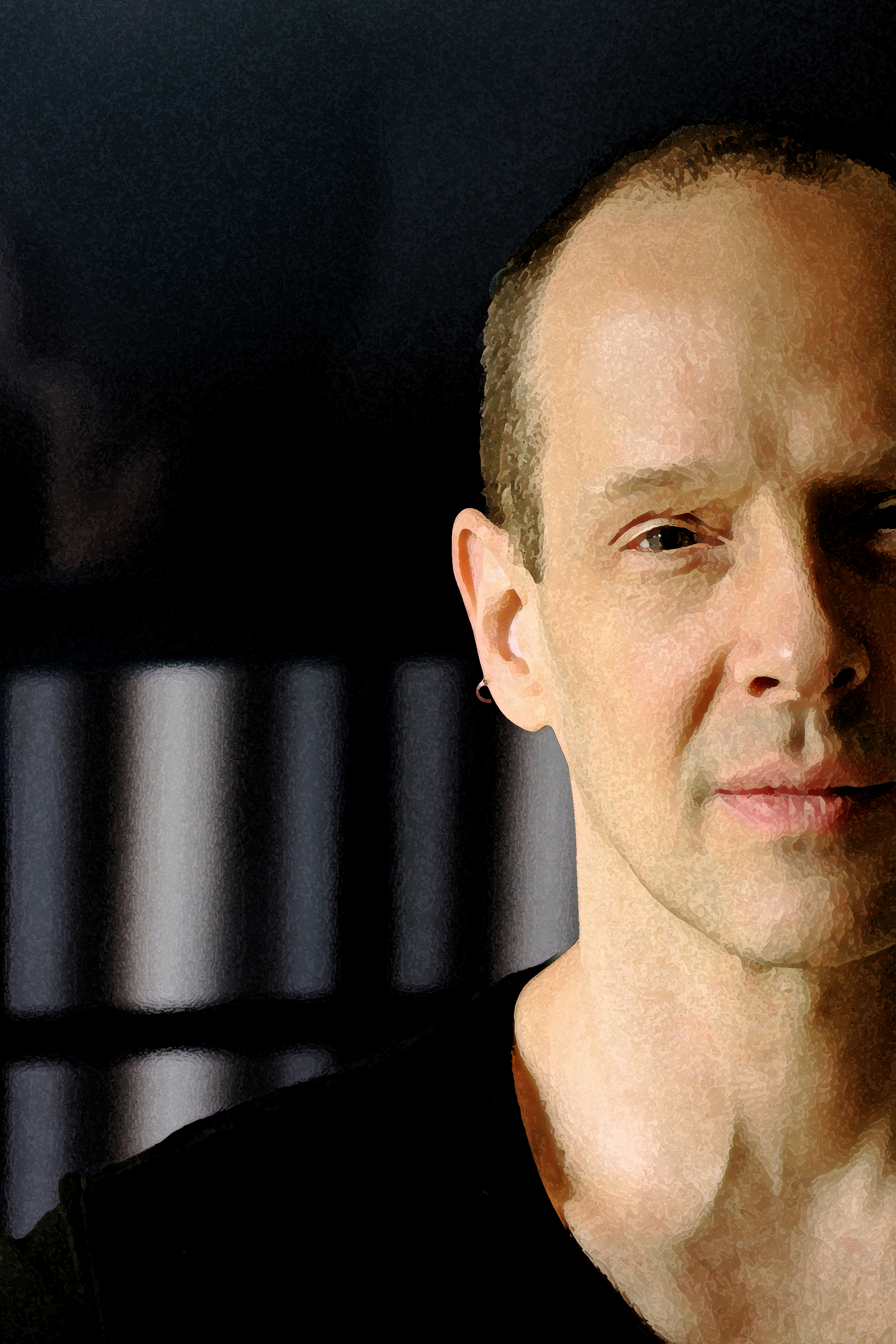 Christopher Caines was born in Halifax, Nova Scotia, Canada, earned an A.B. in literature at Harvard, and danced for some 20 NYC-based companies before founding the chamber ballet company Christopher Caines Dance in 2000, for which he has since created more than 35 works. He has also worked as a director, composer for dance and theater, actor, singer, percussionist, and lighting designer.

Caines has been called “One of the most musically erudite and articulate dance-makers around” (The New Yorker). His early work included many interdisciplinary and site-specific pieces, many with music of his own composition, including a program-length solo, Three Men Drowning (1995); two artists’ haunted-house projects at the Lower East Side Tenement Museum (1998, ’99); and The War Council (2001), co-produced by Dancing in the Streets. He has also composed scores for many other choreographers and theater directors. His company’s seasons and projects are distinguished by a devotion to live music, ranging from medieval polyphony through solo vocal, choral, and chamber music scores from across four centuries to newly commissioned works by American composers.
Caines has received grants from Meet the Composer, The Field, the Ernst Toch Society, and the Astral, Puffin, and Putnam foundations. He was a 2006 Guggenheim Foundation Fellow in Choreography.

Caines’s commissions include works created as a visiting artist at Harvard and as a visiting faculty member at Princeton and Swarthmore; The Human Countdown, commissioned by Oxfam and a global coalition of NGOs, performed by 1,200 volunteers (2009), one of the largest-scale public artworks ever created in Central Park; a ballet for the closing ceremonies of the USA International Ballet Competition in Jackson, Mississippi (2010); and the first new dances in 30 years for St. Francis Day/The Blessing of the Animals at the Cathedral of St. John the Divine (2011, ’12). Caines was resident choreographer for the Actors Shakespeare Company in residence at New Jersey City University (2005–9), and choreographed Noel Coward’s Bitter Sweet at Bard SummerScape in 2011.
Recent commissions include a collaborative duet with world champion Irish step dancer and former Riverdance cast member Timothy Kochka, for the Tap the Yard festival 2013, which was developed into a full-company work for Darrah Carr Dance including Kochka, Tony Award winner and star of Billy Elliot Trent Kowalik, and Caines as singer and musical co-arranger (2014). In the summer of 2014 Caines directed and choreographed a critically acclaimed production of Henry Purcell’s The Fairy Queen for dell’Arte Opera Ensemble (“hugely ambitious and delightful . . . packed with incident . . . ceaseless energy that fills every nook and cranny of the intimate theater and threatens to burst its bounds . . . invariably pleasing . . . terrific fun”—The New York Times). As the first choreographer commissioned to contribute to Richard Daniels’s critically acclaimed Dances for an iPhone series, in 2014 Caines created a dance for video, Pacific Passages, part of the Dancing Sondheim album; the work has been shown in seven international film festivals, winning four awards to date.

Caines’s most recent commission was a new ballet to a long-lost score by Czech composer Bohuslav Martinů, La revue de cuisine (The Kitchen Revue), commissioned by the 92nd Street Y’s Dance, Music, and Educational Outreach departments for performances in Kaufmann Hall in April 2015.